Shovel Knight is like a time machine – noooo, not to medieval times like the game’s fictitious setting, but to the late 1980s and early 1990s. Beginning as a Kickstarter campaign, the game takes inspiration from classic games of yore (1980s) to lay the foundation for Shovel Knight’s game design, such as DuckTales’ “cane” bouncing, stage selection like Super Mario Bros. 3, stage design like Mega Man, thematic bosses like Megaman, subweapons like… well… Megaman… Megaman was a very influential game. Yet, despite this, Shovel Knight blends all these elements together so well that it still manages to come across with its own original identity. It’s not ripoff, clone, or even homage to classic platformers of the 80’s, Shovel Knight IS a classic platformer of the 80’s, it was just made in 2014, that’s all.

The story follows Shovel Knight – of course – a brave adventurer that once romped around the kingdom with his partner, Shield Knight, plundering dungeons and defeating villains for treasure. But one day, during an ascent up the Tower of Fate, Shield Knight falls to the tower’s trechary, leaving Shovel Knight to grieve and give up his life of adventuring. However, when a new evil threatens the land, Shovel Knight must once again rise up to prevail against the knights of the Order of No Quarter and their shadowy leader, the Enchantress, that now rules over the Tower of Fate. 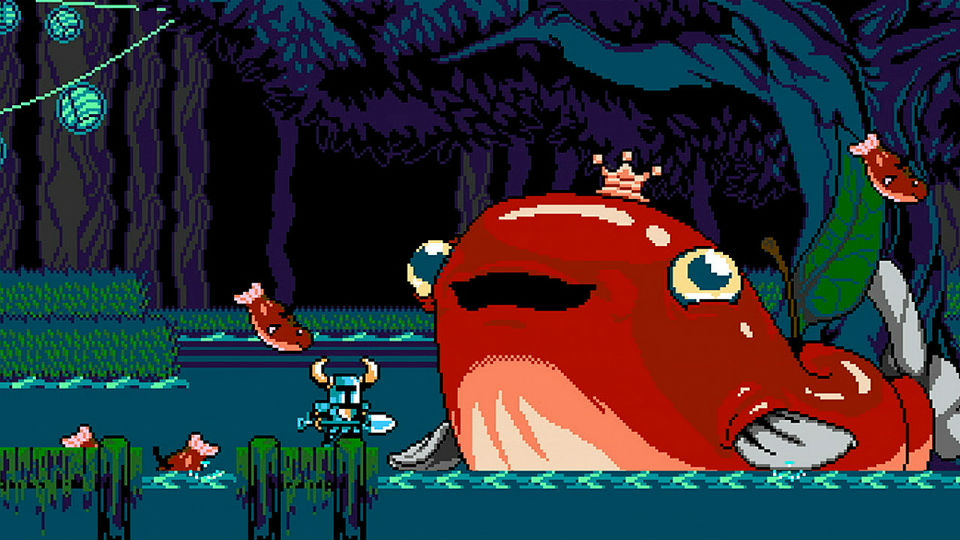 The story is charming, full of a vibrant cast of characters. From the merchants in town, to the other villainous knights you will come to face, everybody is full of unique and charismatic personalities. The main plot doesn’t take the forefront to the experience, however, which is a good thing, as it allows the focus to remain on the adventure. There is just enough story interaction to keep us rooting for Shovel Knight over the course of the journey without bogging down the pace.

Combat is simple, attack by swinging the shovel or downward thrusting in mid air to bounce off enemies. This is not only an effective offensive move, it’s a means of traversal, getting that extra lift by bouncing off any enemies head to land a hard to reach platform. The shovel can later be upgraded for a charged attack and a projectile that travels across the ground with each swing, neither dramatically changing combat, but adding an extra tactic in approaching a fray. Shovel Knight’s armour can also be upgraded with a variety of effects, such as losing 50 per cent less gold upon death. 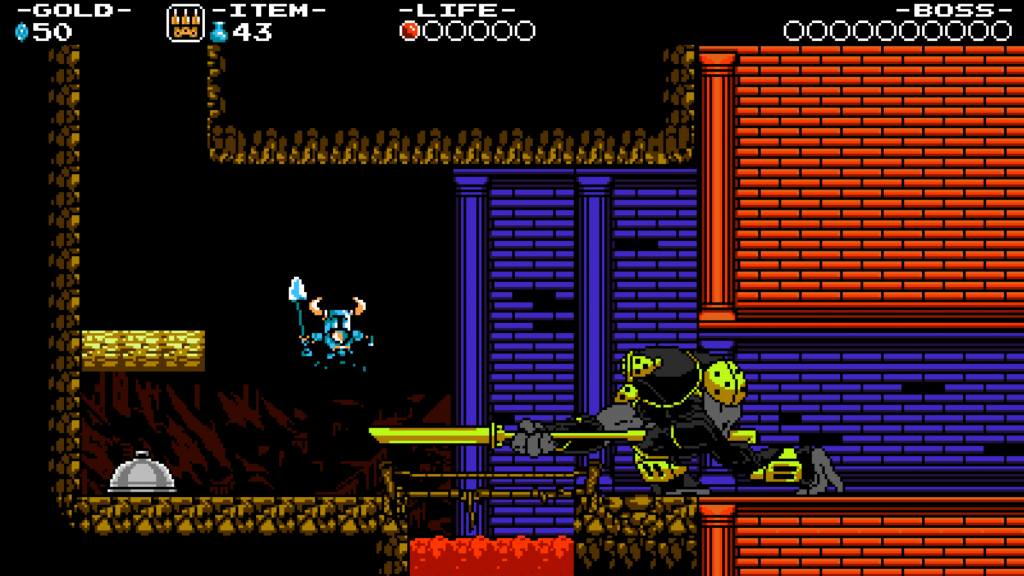 Speaking of gold, the currency in Shovel Knight it one of the most addictive allures. You earn money by gathering treasure laced throughout a stage, be it dropped by enemies, hidden in chests, or gratifyingly stuffed in mounds of dirt that require you to dig up heaps of treasure at a time. This is nothing new though, Mario collects coins and Link collects Rupees; what of it? Well, there is a finite amount of treasure to collect as you play through a level, meaning any gold you find hidden within the map or gathered from a defeated enemy cannot be gathered twice during one session of the course. This means you cannot just farm cash by jumping between two screens, or rack up the dough by hurling yourself off a cliff and recollecting loot after it respawns. In fact, Shovel Knight will lose 25 per cent of his accumulated savings when he is defeated, left as floating money bags dangling in the air at the point of defeat, tempting you to regain your lost earnings from whatever challenge struck you down.

In this way, money holds a great deal of value, as you fight to hold onto every penny earned… so you can ultimately spend it on upgrades. This includes the aforementioned weapon and armour upgrades, but also available are Tonics to upgrade maximum magic and Meal Tickets that upgrade the players maximum health. Most importantly, however, is having enough ched in the bank to afford the Relics that Chester the merchant has to offer when you find him in each stage. These sub-weapons require spending magic to use but can prove to be extremely helpful, particularly within the stages in which the item was found. 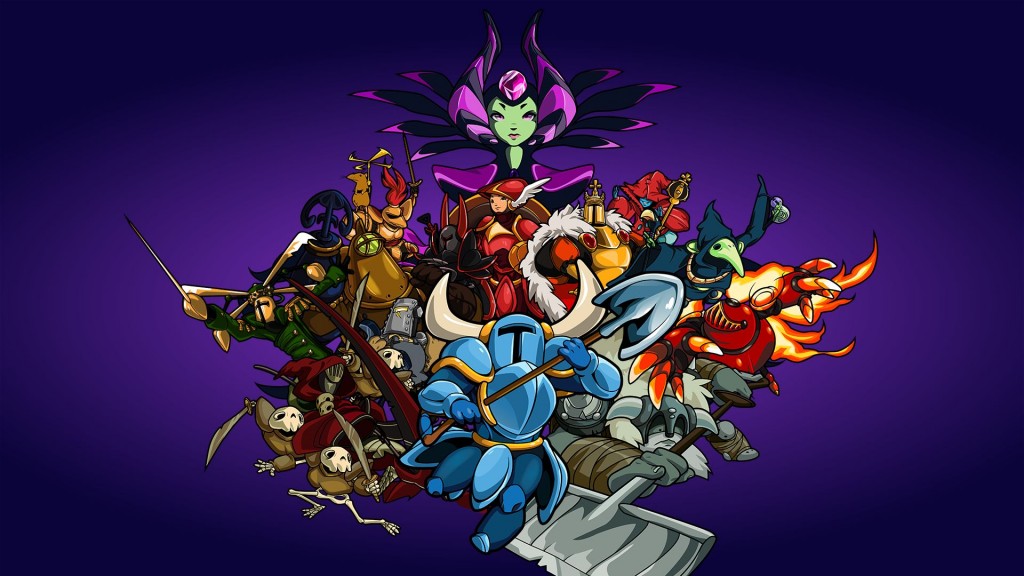 Stages themselves are divided into the respective lairs for each thematic knight, each utilizing unique mechanics for an area, such as gusting winds pushing the player around in Propeller Knight’s stage or digging through blocks of dirt in Mole Knight’s stage. While many of the incorporated ideas are not entirely original, the level design is so well crafted that they still feel fresh here. Marching through each level is a fun, fair challenge that is sprinkled with secrets along the way. The excellent stage structure that Yacht Club Games has crafted just proves that they are not only capable of looking and sounding like a classic action platformer, but truly capturing the feeling of one.

Great lengths were undergone to achieve the retro aesthetic, with Yacht Club Games using the restrictions of the 8-bit NES as guidelines for the game’s style. By replicating the tool belt of 90s developers, the game managed to capture the timeless visuals, making only a few exceptions in places that would benefit the game, such as adding a handful of additional colors that were not available to the NES colour palate.

One aspect that did NOT receive any leniency was the soundtrack, which was conducted entirely with the technology that the Japanese Famicom was capable of, based on a sound chip that our western hardware couldn’t handle. These details come as a surprise, however, as the soundtrack is so well composed and rich sounding that you’d swear it was crafted with more powerful sound design assets. The music is striking and atmospherically fitting, setting the mood for a romp through the renaissance and leaving the player with a tune to hum after playing the game.

All in all, Shovel Knight is an incredible package. Whether you are a veteran to side-scrollers looking for a retro platforming fix, or brand new to the genre and looking for a place to start, Shovel Knight will not disappoint. With continued support through FREE downloadable expansions – such as the Plague Knight campaign – the value in this title only continues to grow. The developers commitment to expanding their title post launch fills me with hope that we will see much more of the Shovel Knight franchise in the future. Until then, there is plenty to enjoy right here.

Shovel Knight is a treasure definitely worth digging in to 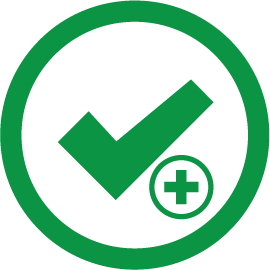