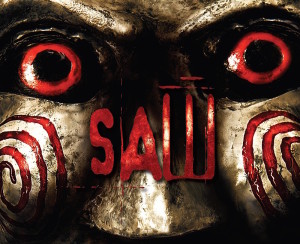 The Saw video game comes as a bit of a surprise to me. Don’t misinterpret, this game is not good, mediocre at the very most. However, as a fan of the Saw franchise, I went in knowing full well that this series isn’t structured well to translate over to video games despite the whole stupid “Would you like to play a game?” tagline the films carry. However, this game SURPRISINGLY showcases some interesting ideas and has a decent premise for its story. Considering my expectations for this game were “total shit”, I can’t quite call it disappointing that the few strong elements the game has are muddled within its fundamental flaws.

Oh, and since this takes place farther in the Saw timeline, there are minor spoilers, but nothing worth covering your eyes over.

Speaking of no need to cover your eyes, the squeamish need not worry as the Saw video game lacks the graphical capability to recreate any of the disturbing torture gore that the series is known for. Yet it recycles a multitude of the traps from the films, how does that work? The game lacks any originality in the design of the traps. On the subject of lacking, the iconic theme of the series is sorely missing from this game, with sound design overall being poorly handled, especially with enemies shouting, “Where are you?!” to give away their position and ensure that the player is never startled or caught by surprise. Phew! What a relief, amirite? 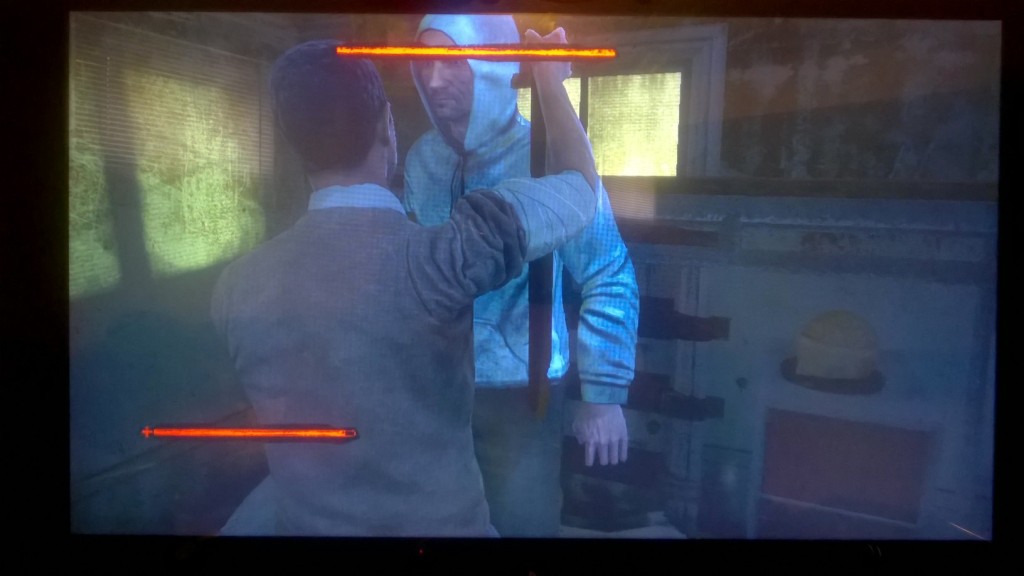 All of my pictures with be of bugs I ran into, such as THIS guy in the ladder!

The player assumes the role of Detective Tapp, obsessed cop from the first film hellbent on catching the Jigsaw murderer. After being shot in the films, Jigsaw decides Tapp’s journey would not end here and spares his life by extracting the bullet inside of him. In its place, however, Jigsaw has left a key implanted in our vengeful protagonist, and left him trapped in an asylum full of desperate subjects that can only be freed from their own game by the key hidden within the detective. The objective to Tapp’s tests share striking similarities to that of the third movie, though in this case you are trying to save people you’ve hurt at the cost of your investigation. I actually like the set up they have in place, drumming up characters from the films that had potential stories and bringing them to life. Unfortunately, due to a lazily written script and horribly represented characters, the idea of Tapp reflecting on the pain his obsession brings upon others and himself is ultimately ruined and diminishes the promise of any character growth.

Actual gameplay consists of repetitious minigames and broken combat, along with meaningless resource gathering. This was the games greatest missed opportunity, because all the pieces are here for a great horror game, but by adding too many mechanics and supplying the player to the teeth, tension is totally removed. Allow me to explain. Through the game, you can collect items such as tripwires and shotgun shells. With these, booby traps can be set up to lure enemies into in order to manage incoming threats. Sounds like an interesting mechanic that would add strategy and urgency to enemy encounters, but this idea is completely tarnished by two huge mistakes. First off, there is an OVERWHELMING amount of resources dispersed throughout the environment, so you will never run out of materials for traps and therefore never feel under equipped. The second and most glaring problem is that the broken combat system allows you to punch any threat to death with ease, removing the need for traps and rendering the abundant materials totally useless. Seriously, even the hand held weapons like pipes and bats that the game provides prove uselessly slow and are not as reliable as knuckle sandwiches. This removes any and all tension from the game, because you never feel vulnerable, which is inexcusable for a horror title. Think of a game like Outlast, where you’re only means of defence is to hide. Imagine that with booby traps. That’s what this COULD have been if they just dialed back on the resource handouts and completely removed the combat system. In fact, Tapp is currently recovering from a bullet wound, is he not? I hardly think he would be in the condition for MMA boxing matches and pummeling the life out of people. 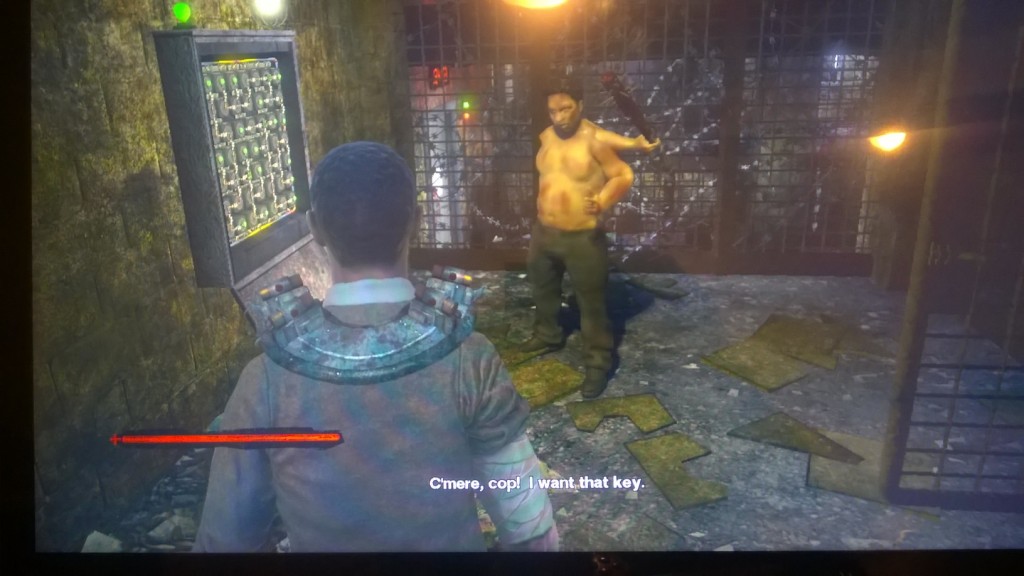 This poor fellow threw out his arm. He was unable to even hit me afterwards.

Also, just as a side observation, there is the environmental hazard of broken glass on the ground that will inflict damage on Tapp as he has no shoes… Why doesn’t he just steal a pair off of a corpse?? Oh well…

I was very impressed by one gameplay addition however. A few hours into the game, the player can find a camera and swap it out with the default lighter as their source of light (Why you can’t shove the lighter in your pocket is beyond me). By firing off the camera flash, any dark area becomes entirely illuminated, but only for a short couple seconds, during which time you will suffer distortion. Being able to uncover threats hidden in the dark instantaneously at the cost of being left vulnerable by the lingering afterimage is a PERFECT mechanic for authentic horror, making you fear what you might see when you uncover the darkness. It is also a genius homage to the first film when the character Adam uses his camera flash to do exactly the same and results in probably the most well paced scare in the entire movie. Unfortunately, the game developers didn’t recognize horrific abilities this enabled them to conjure great scares as the camera is hardly utilized. Nothing threatening or disturbing lies hidden in the dark awaiting you and it doesn’t take long before you acquire the far more effective flashlight, leaving the camera to become another forgotten missed opportunity worth its own paragraph. 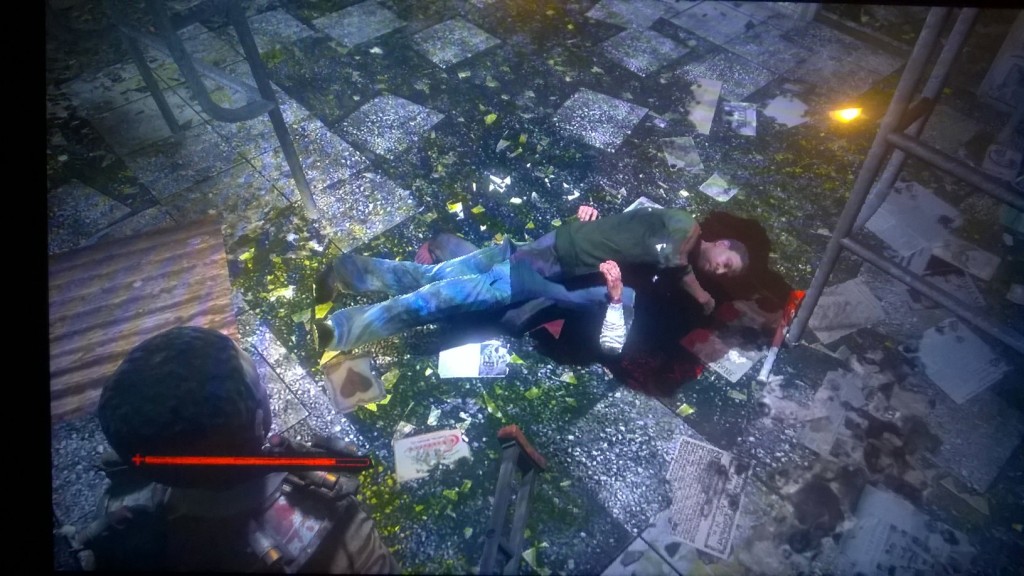 Okay, maybe not a bug, but truly a heartwarming moment.

Aside from needing a total reworking of combat to handle opposition and integrating more intelligent attempts to frighten its audience, Saw could have greatly benefited from a more cinematic approach and overall better presentation. The character’s needed to be more humanized with proper facial expression and better writing. None of the traps serve as actual tests or trials for any subjects to overcome and learn from, but instead are condensed to minigames and challenges for Tapp to accomplish while arrogant characters bicker at him to keep them alive. Upon reaching the end, the game presents the player with a moral decision to determine which ending they get, and while both are underwhelming, only one provides closure to the story the way you would expect from Saw (Hint: Saw NEVER gives proper closure).

In the end the Saw video game fails in its most vital areas. There is no satisfaction to be had with its gameplay or its story. The atmosphere is lacking and while it implements plenty of references to the original source material, it subsequently disrespects it with bad writing and an obvious misunderstanding of the moral structure the series is led by. Yes. Saw has a moral structure. A skewered one for sure, but a firm one nonetheless that the game does not treat appropriately. I would not recommend this game to fans of the series or any players in general unless you are looking for an easy Platinum Trophy. 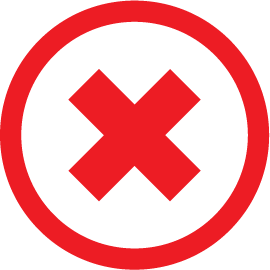